Check out The Foally of Man, a podcast featuring Chris the Brony and Robert the non-Brony as they explore Fallout: Equestria chapter by chapter. Watch/listen on YouTube, Libsyn, Twitter, and PodBean.
James Vermont

Added:
Wednesday, November 5th, 2014
Last Update:
Friday, October 17th, 2014
Favorited By:
Be the first to favorite this story!
Dark, Adventure, Alternate Universe, Anthro
Sunset Shimmer steps back into Equestria, except that the world has ended and the events of Equestria Girls never happened. Sunset now needs to learn the values of Friendship if she is to survive in a place more dangerous than the Equestrian Wasteland... The Crystal Empire. Author's note: So some of the other writers at Stable Tec are making FoE Spin off stories, so being the band wagon jumper that I am, I jumped onto said band wagon with this. 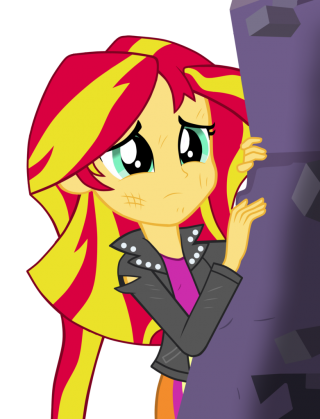