Check out The Foally of Man, a podcast featuring Chris the Brony and Robert the non-Brony as they explore Fallout: Equestria chapter by chapter. Watch/listen on YouTube, Libsyn, Twitter, and PodBean.
Rainbowdashzpegasus

Added:
Tuesday, November 25th, 2014
Last Update:
Friday, December 12th, 2014
Favorited By:
Be the first to favorite this story!
Tragedy, Sad, Dark, Crossover, Adventure
The story of how a pegasus citizen of Thunderhead found herself betrayed over jealousy, and forced to the surface of the wastelands. After the many sufferings and adventures she goes through with land bound ponies, she learns the truth about what surface is really like. She found it to be unlike the rumors and stories she'd been told growing up above the clouds. Her loyalty slowy shifts and she then has to question herself, is she really a Dashite? This story was inspired by Kkat's Fallout Equestria and Sombers Project Horizons. 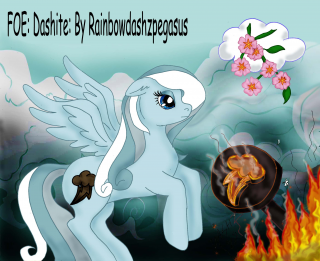