Check out The Foally of Man, a podcast featuring Chris the Brony and Robert the non-Brony as they explore Fallout: Equestria chapter by chapter. Watch/listen on YouTube, Libsyn, Twitter, and PodBean.
Kingsley Evergreen

Added:
Friday, September 11th, 2015
Last Update:
Monday, October 17th, 2016
Favorited By:
Be the first to favorite this story!
Dark, Crossover, Adventure
5 years before the war ended, the Equestrian military commissioned a stable to be built entirely within the secluded Reyzar bay area on the zebra continent. Encircled by impassible mountains, this secluded territory had nothing but forests and the occasional wandering tribe until the Roamans seized the shores and built a port that was to be significant in the on going conflicts. With the assistance of Celestia's Special Forces this secret military bunker that would outlast Equestria itself was constructed. Centuries after the war concluded, zebras and ponies live a mixed life in the drab, military patrolled halls of Stable Z until the lights flicker. Aware that their existence is now threatened, the Council devises a simple scouting mission so as to not be caught unprepared if the worst was to happen. The surface however is not as expected. [Many Thanks to Kkat for the original setting] 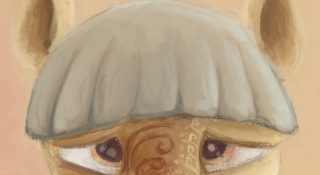