Check out The Foally of Man, a podcast featuring Chris the Brony and Robert the non-Brony as they explore Fallout: Equestria chapter by chapter. Watch/listen on YouTube, Libsyn, Twitter, and PodBean.
The Wastlend Wanderer

Added:
Saturday, December 12th, 2015
Last Update:
Monday, March 7th, 2016
Favorited By:
Be the first to favorite this story!
Adventure, Crossover, Dark, Tragedy
[b]"Eighty years before the Stable Dweller...there was another stable pony." [/b] Flatfoot has always tried to live his life with optimism. He's been put into a job that goes against his Cutie Mark, has few friends, and lives in a dark and depressing Stable. But through all of this, he still tries to make the best of everything. His home, Stable 11, isn't like your normal underground bunker. For in this stable, ponies are forced to perform horrible acts of nature. As stated when the door closed, one pony is to be sacrificed every year. The price for not doing so: death to all in the stable. So the votes are counted, and a pony is killed. But the rules of the election have changed, and Flatfoot has just figured it out. Now, his friends are in danger and the OverStallion wants him dead. With nothing for him in the stable anymore, Flatfoot flees outside to the Equestrian Wasteland. His goal: find more ponies like him, and save his stable from the dictator that runs it. 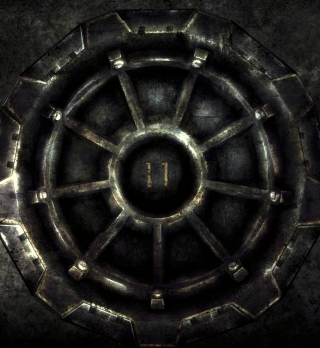