Check out The Foally of Man, a podcast featuring Chris the Brony and Robert the non-Brony as they explore Fallout: Equestria chapter by chapter. Watch/listen on YouTube, Libsyn, Twitter, and PodBean.
GaryGibbon

Last Update:
Saturday, January 26th, 2013
Favorited By:
Be the first to favorite this story!
Romance, Dark, Crossover, Adventure, Alternate Universe
Not all ponies in the Wasteland are do-gooders. Boss is the aptly named yet sadistic leader of an infamous raider party known as Boss's Boys. When he hears of a supposedly impenetrable Pre-War military facility known as Area One-Five, Boss will use every tool at his disposal and will stop at nothing in order to crack the archaic relic open, no matter how many ponies get in his way and die by his hooves. 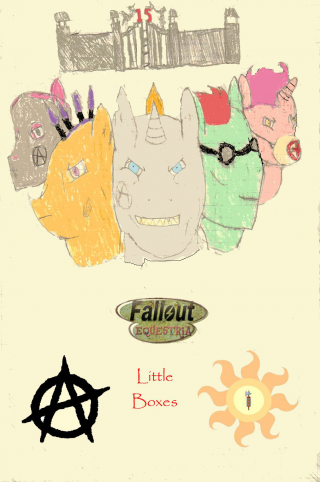