Check out The Foally of Man, a podcast featuring Chris the Brony and Robert the non-Brony as they explore Fallout: Equestria chapter by chapter. Watch/listen on YouTube, Libsyn, Twitter, and PodBean.
Scarlatina_Max

Added:
Saturday, February 25th, 2017
Last Update:
Tuesday, October 27th, 2020
Favorited By:
Be the first to favorite this story!
Adventure, Alternate Universe, Crossover, Dark, Horror, Sci-Fi
Seven years after Littlepip takes over the SPP, Equestria is starting to mend, but can the last two hundred years of violence disappear in less than a decade? Follow Moonshine as he finds out what it takes to be a leader, and a friend. But can he shake the demons of his past, and follow in the hoof steps of the previous heroes who saved Equestria before? 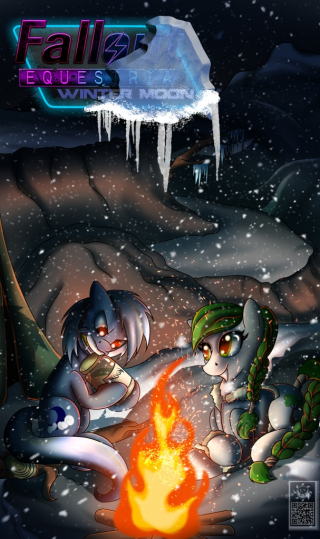