Check out The Foally of Man, a podcast featuring Chris the Brony and Robert the non-Brony as they explore Fallout: Equestria chapter by chapter. Watch/listen on YouTube, Libsyn, Twitter, and PodBean.
Scattershot

Added:
Tuesday, January 15th, 2013
Last Update:
Tuesday, June 16th, 2015
Favorited By:
Be the first to favorite this story!
Dark, Crossover, Adventure, Alternate Universe
In the Enclave, everypony has a purpose. In order to sustain life above the clouds every stallion, mare, and foal must do their part to keep the society up and running. Unfortunately for Sleet Gray, she is practically useless. An obsolete special talent, unimpressive looks, and a physique unsuited for military life, she instead tries to develop skills in other areas. She taught herself the intricacies of pre-war technology, specializing in "data extraction." However, there are files that some ponies would prefer remained unseen, and when a practice session has her uncover a top secret military file holding a dark plan, she is forced to come to grips with the terrible reality she lives in. Before it can truly sink in, she is attacked by the ponies she has known all her life and has to escape. Wanted for treason, Sleet flees into the Wasteland, hoping to survive long enough to try and stop the atrocities about to unfold before her demons catch up with her. 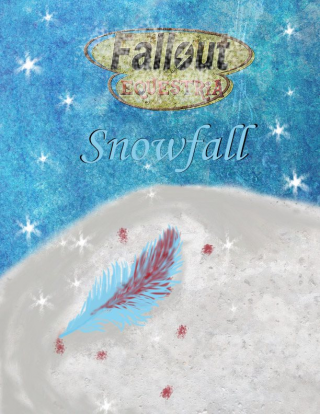