Check out The Foally of Man, a podcast featuring Chris the Brony and Robert the non-Brony as they explore Fallout: Equestria chapter by chapter. Watch/listen on YouTube, Libsyn, Twitter, and PodBean.
wolfoftheshadows

Added:
Friday, October 18th, 2013
Last Update:
Saturday, November 30th, 2013
Favorited By:
Be the first to favorite this story!
Dark, Crossover, Adventure, Alternate Universe
Ahiga Silverback was a simple(albiet mistreated) wolf living in Stable 200. Then Unicorn Supremacists invade his stable, kill most of the wolf population AND take his little sister. What's a wolf to do? Why,go hunting in the Nothern, and very cold, wastelands of Equestria of course! 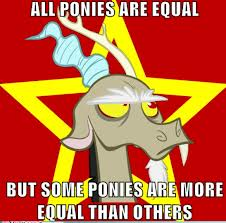