Check out The Foally of Man, a podcast featuring Chris the Brony and Robert the non-Brony as they explore Fallout: Equestria chapter by chapter. Watch/listen on YouTube, Libsyn, Twitter, and PodBean.
RainbowSix0326

Added:
Monday, February 17th, 2014
Last Update:
Sunday, September 4th, 2016
Favorited By:
Be the first to favorite this story!
Dark, Crossover, Adventure
War. Its what sent the known world to hell 150 years ago, but it never stops. It sure doesn't stop the Grand Pegasus Enclave when their whole civilization is being threatened by a lack of resources. This story fallows Sergeant Thunder Wing and his squadron of Enclave soldiers throughout the invasion of the Griffin Kingdom of Aldorna. 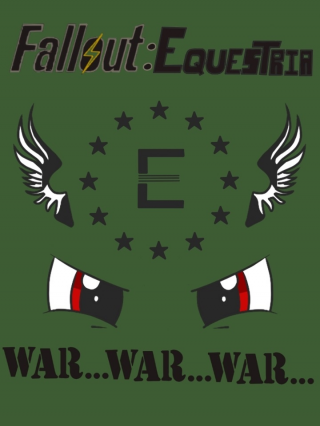