Check out The Foally of Man, a podcast featuring Chris the Brony and Robert the non-Brony as they explore Fallout: Equestria chapter by chapter. Watch/listen on YouTube, Libsyn, Twitter, and PodBean.
RED julius

Added:
Monday, February 24th, 2014
Last Update:
Friday, April 11th, 2014
Favorited By:
Be the first to favorite this story!
Evicted from his stable, Goldwreath is forced into a life full of perils and tragedies the like of which he has not asked for. To make things worse, he has given himself the daring task of ending his people's suffering. Now facing entities of power far beyond anything he can imagine, a tyrannical military organization, and mysterious defense array in the mountains of Roam, he must gather his wits and put his training to use in order to save the city of the sacred Seven Hills. His enemies are tough, and he will be hard pressed just to stay alive, but no matter how hard the path he will do his duty down to his last breath. That is, if he hasn't lost his sanity already. 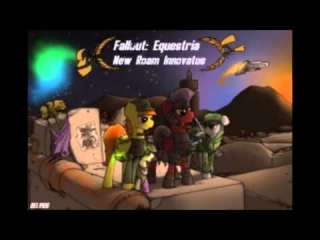