Check out The Foally of Man, a podcast featuring Chris the Brony and Robert the non-Brony as they explore Fallout: Equestria chapter by chapter. Watch/listen on YouTube, Libsyn, Twitter, and PodBean.
romantis

Added:
Monday, July 14th, 2014
Last Update:
Saturday, October 10th, 2020
Favorited By:
Be the first to favorite this story!
Crossover, Adventure, Alternate Universe
A pony wakes up in an abandoned facility, and everything is wrong. This is a story about the end of the world, and the sorts of people who wish for it. 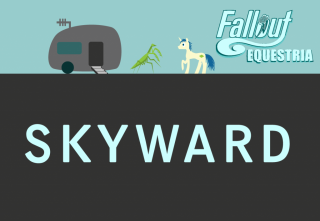