Added:
Monday, February 9th, 2015
Last Update:
Wednesday, January 14th, 2015
Favorited By:
Be the first to favorite this story!
Tragedy, Sad, Dark, Crossover, Alternate Universe
[url=http://fav.me/d8dfkfw]Cover art and original inspiration for this fic can be found here by billy2345 on Deviantart.[/url] Seriously, this guy has some good ideas. Go check him out if you enjoy the story. Noble Electric had only good intentions with it's line of robotic fillies called the Little Wonderbot. Originally created as an option available to ponies who wanted a foal, but couldn't adopt or conceive, the series of machines blurred the line between synthetic life, and real. Unit 466 was one such unit, sold to the mayor of Halter city, where she lived her life happily oblivious to the war. Inevitably, the war found it's way to her and the rest of Equestria on the last day. Now, one hundred and seventy five years after the world came to an end, she continues her journey in looking for the loving family that has forsaken her to this inhospitable and desolate world. 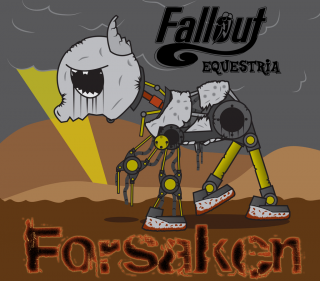