Check out The Foally of Man, a podcast featuring Chris the Brony and Robert the non-Brony as they explore Fallout: Equestria chapter by chapter. Watch/listen on YouTube, Libsyn, Twitter, and PodBean.
menameh

Added:
Thursday, July 2nd, 2015
Last Update:
Tuesday, June 23rd, 2015
Favorited By:
Be the first to favorite this story!
Tragedy, Dark, Crossover, Adventure, Alternate Universe
Stable 45 was built to keep the 200 year old generation alive to rebuild Equestria, using cryostasis as the means to this end.. It also was tasked to hold an army to hold one pony prisoner, Sketchy Wicket. It also contains the last living purebred Alicorn, Prince Jagger. These two important ponies must now survive the Wasteland and do what they can to survive, with their friends Kooc Book and Dainty Paints. This fic is following a tale between my OC and my friends OCs. Dainty Paints: http://pawsquish.deviantart.com/ Prince Jagger: http://dovahtoor.deviantart.com/ Kooc Book: http://www.fimfiction.net/user/bnk1029 Hope you all enjoy. 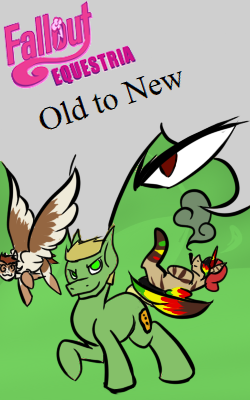