Check out The Foally of Man, a podcast featuring Chris the Brony and Robert the non-Brony as they explore Fallout: Equestria chapter by chapter. Watch/listen on YouTube, Libsyn, Twitter, and PodBean.
Living the Dream

Added:
Monday, August 3rd, 2015
Last Update:
Sunday, February 17th, 2019
Favorited By:
Be the first to favorite this story!
Dark, Crossover, Adventure
Just a few years after the apocalypse, Equestria prevails... but just barely. Between the lawless anarchy and the inclement weather and environmental conditions, life for those on the surface is dismal and prospects are grim. The survivors have now realized that perhaps they weren't the lucky ones after all. The wasteland desperately needs a savior, a pony who can rid the wasteland of its horrors and bring back the sun. Unfortunately, they won't be getting one for another 200 years. The closest they'll get is Silver Bullet, a bitter and insecure teen who's on a mission to prevent the inevitable collapse of Stable 76. Meanwhile, the postwar power vacuum is about to blow old wounds right open, making an already dire situation even worse. What is a would-be heroine to do when everypony around her is turning into monsters? Or was she ever hero material to begin with? [rule] A spinoff of Kkat's Fallout: Equestria, set about 200 years before. A work in progress; published chapters may be rewritten. 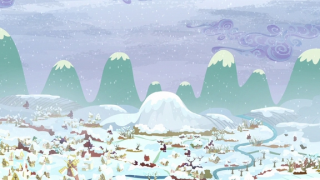