Check out The Foally of Man, a podcast featuring Chris the Brony and Robert the non-Brony as they explore Fallout: Equestria chapter by chapter. Watch/listen on YouTube, Libsyn, Twitter, and PodBean.
averagewriter

Added:
Friday, September 11th, 2015
Last Update:
Wednesday, May 9th, 2018
Favorited By:
Be the first to favorite this story!
Crossover, Adventure, Alternate Universe
[center][i]We need to learn our mistakes from the past, but sometimes...we don't. We repeat this mistake once more in the future... And the same thing happens all over again, Just Like History...[/i][/center] 200 years later...after the great war between the ponies and zebras. 200 years later after the great nation of Equestria has fallen under the effects of the Megaspells. 200 years later after the doors closed in each surviving Stable... A stallion awakes to find himself immediately under the threats of the wasteland. Unprepared, confused, and oblivious of what happened 200 years ago, he travels around the wastes for some answers. Because of his unprepared state, he was easy prey to those who lived by the rules of the wasteland. But luck was on his side... Before he can become one of the many rotting corpses found around the place, he managed to meet a mare who may be tough on the outside but her heart follows her own set of rules. This was just the start of a new beginning of this stallion, and not so soon, he unintentionally forms a small group. With the help of his some of his accidental groupmates, he slowly learns what it means to live in the wastes, and the pressure of not bowing down to the cruel rules of the wasteland. But something unexpected happens in his journeys, and now he has to find out what really happened 200 years ago, why is he still here, and who he truly is. Can he answer his questions before an evil being that laid dormant inside him awakens and takes control? 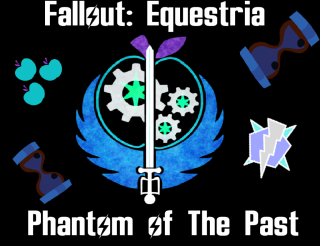