Check out The Foally of Man, a podcast featuring Chris the Brony and Robert the non-Brony as they explore Fallout: Equestria chapter by chapter. Watch/listen on YouTube, Libsyn, Twitter, and PodBean.
Final_Draft

Added:
Friday, March 18th, 2016
Last Update:
Saturday, October 15th, 2022
Favorited By:
Be the first to favorite this story!
Adventure, Alternate Universe, Crossover, Dark
Long after the balefire bombs fell, the frozen wasteland of Stalliongrad still teems with the sounds of unchanged war, ancient threats lurking in the deep, malicious cults and evils beyond imagining, some with their true purposes lost to time itself. The world is dying, besieged, poisoned and trapped in conflict until the end of time... or until no pony is left. One unicorn, a naïve mare with good intentions and unrelenting faith in the Goddesses, steps into the darkness beyond to fulfill her goal and claim security for her home. Can she survive the gauntlet of a land that has been soaked in blood for thousands of years? Silver Starlight prays that she will. 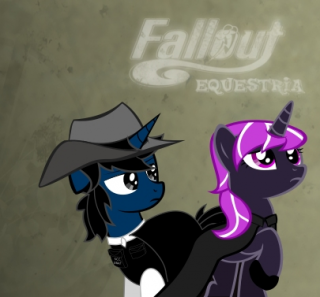