Check out The Foally of Man, a podcast featuring Chris the Brony and Robert the non-Brony as they explore Fallout: Equestria chapter by chapter. Watch/listen on YouTube, Libsyn, Twitter, and PodBean.
Olakaan Kendov

Added:
Wednesday, May 25th, 2016
Last Update:
Wednesday, February 1st, 2017
Favorited By:
Be the first to favorite this story!
Adventure, Alternate Universe, Dark, Mystery
X-One or Arngeir is the only surviving experiment from Ministry of Awesome Project: DeCLaW (Dragon Clone Weapon). Created so Equestria could have their own dragon soldiers. Now awake and without a controller. Arngeir searches for someone or something to make sense of the chaos in his mind. Along the way he meets some interesting ponies and does some even more interesting things. [rule] Based from [url=https://www.fimfiction.net/story/119190/fallout-equestria]Fallout Equestria[/url] originally written by [url=https://www.fimfiction.net/user/Kkat]Kkat[/url]. I pieced the cover image together using Google and the image editor on my phone. Note: The Prologue is through the eyes of a dead pony, not the character we will be following. 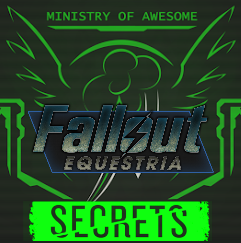