Check out The Foally of Man, a podcast featuring Chris the Brony and Robert the non-Brony as they explore Fallout: Equestria chapter by chapter. Watch/listen on YouTube, Libsyn, Twitter, and PodBean.
Latrios

Added:
Saturday, September 3rd, 2016
Last Update:
Thursday, January 25th, 2018
Favorited By:
Be the first to favorite this story!
Adventure, Alternate Universe, Anthro, Crossover
Queen Deciduous, A changeling queen having spent the last 200 years since Equestria's annihilation hiding in her hive in the badlands, finally has to leave the comfort of her home when its population takes a massive decline. Now she, along with a single drone, has to make her way across the remains of Equestria in order to reunite with infiltrator groups scattered across the continent outside the reaches of the hive-mind. What terrors and troubles could she encounter along the way? Even a Changeling Queen has her limits. 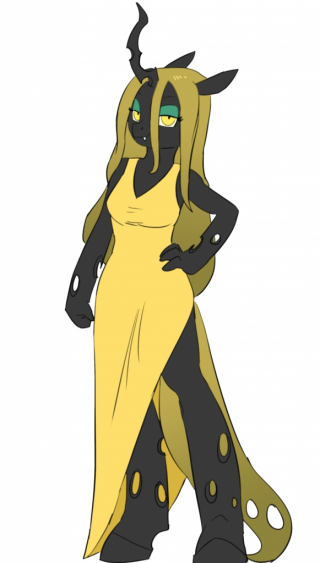