Check out The Foally of Man, a podcast featuring Chris the Brony and Robert the non-Brony as they explore Fallout: Equestria chapter by chapter. Watch/listen on YouTube, Libsyn, Twitter, and PodBean.
TDR

Added:
Tuesday, July 17th, 2012
Last Update:
Friday, July 22nd, 2016
Favorited By:
Be the first to favorite this story!
Tragedy, Sad, Dark, Crossover, Adventure, Alternate Universe
The Massacre of Princess Luna's School for Gifted Unicorns set ablaze the coals of war with the zebras, bringing out the near end of the world. That is not to say however, that everything in the school died in the pink mist. 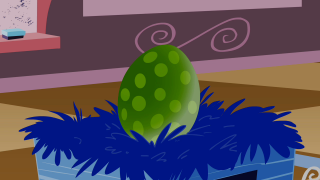