Check out The Foally of Man, a podcast featuring Chris the Brony and Robert the non-Brony as they explore Fallout: Equestria chapter by chapter. Watch/listen on YouTube, Libsyn, Twitter, and PodBean.
Tracer

Added:
Tuesday, January 15th, 2013
Last Update:
Tuesday, February 26th, 2013
Favorited By:
Be the first to favorite this story!
Dark, Crossover, Adventure
Horilous, a changeling spy, had been living in Equestria for years before the mega-spells hit. He had wormed his way into the Equestian Hierarchy. He had even gotten hired at the ministry of image. He fell asleep one night, ready for a promotion to manager in his local branch and the brand new pip-buck that came with it. He didn't wake up to that day. He awoke to pillars of radioactive fire, death, and destruction. His chitin was bleached, his body irradiated. However, the world didn't have the decency to let him die. He burrowed his way deep underground. He forced himself into hibernation, hoping the world he would wake up to would be the same he dreamt of days ago. He would not… 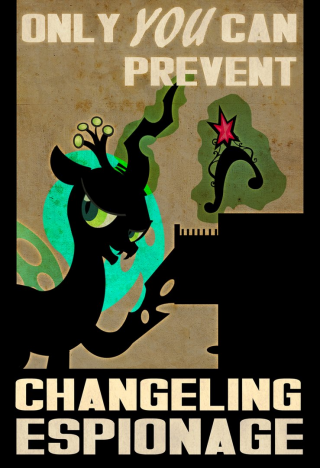