Check out The Foally of Man, a podcast featuring Chris the Brony and Robert the non-Brony as they explore Fallout: Equestria chapter by chapter. Watch/listen on YouTube, Libsyn, Twitter, and PodBean.
S-Clark

Added:
Wednesday, June 5th, 2013
Last Update:
Tuesday, October 6th, 2015
Favorited By:
Be the first to favorite this story!
Dark, Crossover, Adventure
Welcome to the Waste, a dry land of cacti and sagebrush, buffalo and ponies, radiation and taint. Life here was hard even before the war that tainted the land. Dehydration and lack of food will kill you almost as surely as the creatures, to say nothing of the bandits, raiders, and the general populace. Out on the steppe, a mare struggles to find her place in this new and harsh world. Yet her task is complicated by roaming gangs, turf wars, crazed mystics, and puzzles nearly two centuries old. It takes strong stuff to survive in a land gone mad. Will she be guided towards her destiny? Or will her dried corpse serve as a warning to those who happen to find it? 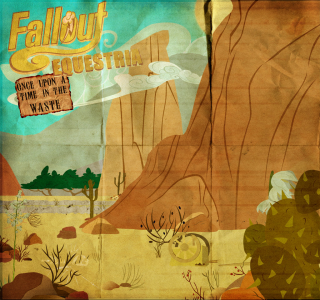