Check out The Foally of Man, a podcast featuring Chris the Brony and Robert the non-Brony as they explore Fallout: Equestria chapter by chapter. Watch/listen on YouTube, Libsyn, Twitter, and PodBean.
DeciMayhem

Added:
Friday, December 13th, 2013
Last Update:
Thursday, June 12th, 2014
Favorited By:
Be the first to favorite this story!
Dark, Crossover, Adventure
Despite her lack of wings and magic, Collateral has made a name for herself where no Earth pony has before: as a member of Equestria's elite squadron of Vertibuck pilots. Orphaned by the Great War and alive for its stunning conclusion, Collateral finds herself thrust into a sprawling, depraved wasteland where civilization and civility have all but ceased to exist. She must learn how to live without her wings of steel and adjust to life on the other side of the bombs, or else risk losing what little humanity she has left. 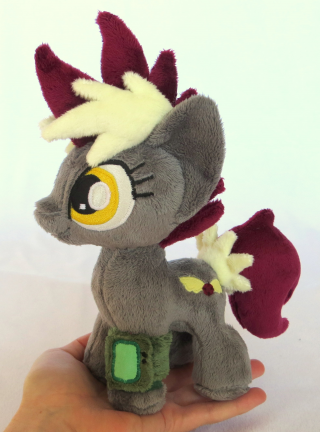