Check out The Foally of Man, a podcast featuring Chris the Brony and Robert the non-Brony as they explore Fallout: Equestria chapter by chapter. Watch/listen on YouTube, Libsyn, Twitter, and PodBean.
NitoKa

Added:
Thursday, January 16th, 2014
Last Update:
Tuesday, January 21st, 2014
Favorited By:
Be the first to favorite this story!
Stuck in caravan camp, a young colt wants nothing more than to see the world beyond the walls. But as he grows up in the unforgiving wastes, and gets caught up in an old world conflict that threatens the future, will the wasteland break him like so many others before? A side story/spin-off of Fallout: Equestria. 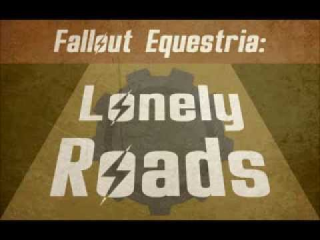