Check out The Foally of Man, a podcast featuring Chris the Brony and Robert the non-Brony as they explore Fallout: Equestria chapter by chapter. Watch/listen on YouTube, Libsyn, Twitter, and PodBean.
0DarkMatter0

Added:
Thursday, April 24th, 2014
Last Update:
Sunday, May 4th, 2014
Favorited By:
Be the first to favorite this story!
Dark, Comedy, Crossover, Adventure, Alternate Universe
Striker Dimlight used to be a courier but hadn't been in the business for nearly three years, until today. He had been asked to deliver a message to an unknown pony in a bar he visited after exploring the Redblight wasteland. He now starts his adventure to deliver his new possession and to find the pony that he had been told had to retrieve it. On this quest he will find new friends and enemies, even some he would never think to to meet. 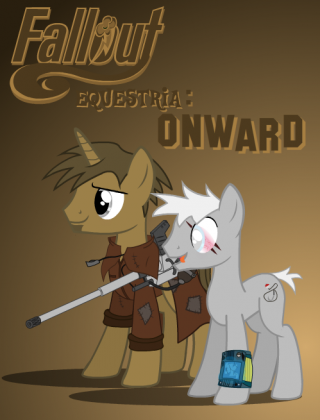