Check out The Foally of Man, a podcast featuring Chris the Brony and Robert the non-Brony as they explore Fallout: Equestria chapter by chapter. Watch/listen on YouTube, Libsyn, Twitter, and PodBean.
oki_all_day

Sad, Dark, Crossover
Scootaloo and her friends had gone their way after Ponyville, but with the upcoming war Apple Bloom has a new idea. An idea to help save ponies, all while making the former Cutie Mark Crusaders money. Will it work? Will they be ethical? Find out what happens in this "Noire" feeling prewar story about buisness, morals, and friendship. 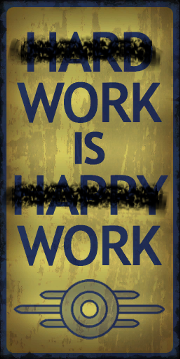 Chapter 2: When You're Smiling, Keep on Smiling, and the Whole World Smiles With You
Jul 9th, 2012